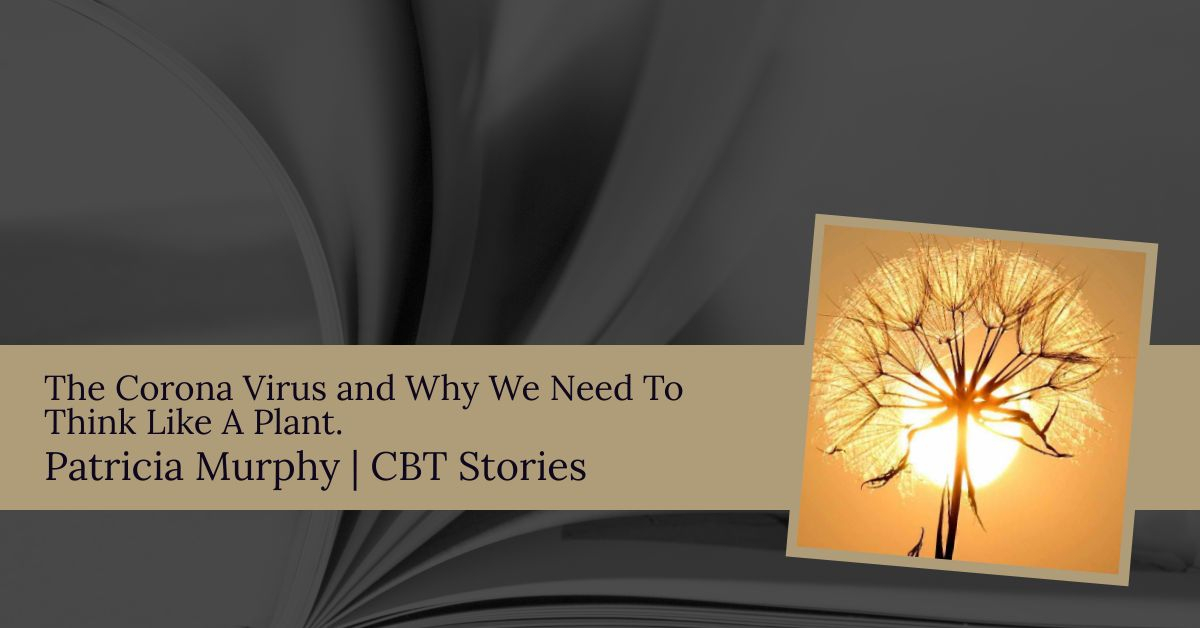 The Prime Minister Boris Johnson, the Secretary of State for Health Matt Hancock and Chief Medical Officer Professor Chris Whitty are all self -isolating after either being tested positive for coronavirus or displaying the symptoms.

The three people who are responsible for ensuring the slowing and suppression of the virus appear to have been a little too casual in following the advice by researchers from Imperial College who had recommended that intensive and socially disruptive interventions be strictly enforced until a vaccine becomes available. In Johnson’s case, he actually boasted about flouting these safety measures.

Of course, he did. Seems like they were all being dicks about it. 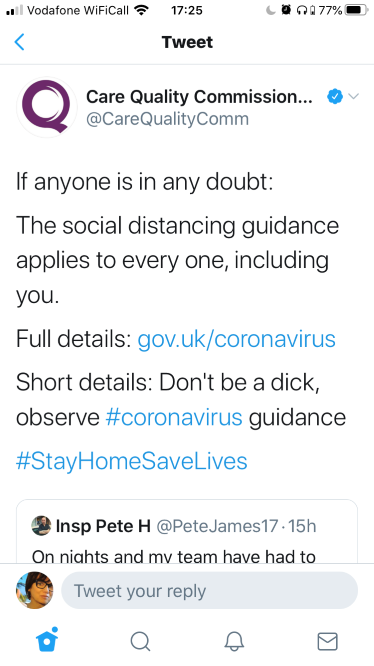 Michael Gove, a man who manages to exude insincerity so pungently you could turn it into a prank hand sanitiser was clearly luxuriating in having an opportunity to dress up as a wartime minister When asked during a recent press briefing whether the  Prime Minister and the cabinet had been negligent in failing to follow their own advice  he swerved the question and instead used the hackneyed, “The virus does not discriminate, we are all at risk”.

Wouldn’t it be interesting if it did though?

And what if it discriminated against those who  have become so accustomed  to  bending the rules to suit that they believe themselves to  have acquired some kind of divine immunity  against the world’s ills , safe in the knowledge  that if something does penetrate the invincibility shield  they won’t  have to join the hundreds of thousands queuing for Universal Credit or make do with part  share of a ventilator.

What if  the   powerful people who downplay the threat, ignore the science, rely on hunches,  racialize the issue, blame others,  strategically sell stock ,wilfully misrepresent  data,  ignore invitations  from neighbouring countries  to join procurement schemes  supplying  critical lifesaving equipment,   say we’ve turned into East Germany c.1985 overnight,  peddle bogus cures,  exploit an opportunity to advance a brand, sack their employees with accompanying video messages wishing them best of luck in TESCO’s, plead  that selling trainers is essential for the nations well-being –  what if  ALL THOSE people became  infected?

Well, we know that unlike health care workers battling on the front lines , they would most definitely get access to testing.  Self- isolating would pose very little in the way of practical problems. It would be more a question of which castle, holiday home, mega yacht,  or private island to choose from. Imagine being able to hotfoot it to a castle  in the Highlands, confident in the knowledge that  social isolation doesn’t mean having   to leave your palace or your valet behind.  Or sending a tone deaf goodwill message  to your 84.000 Instagram followers as you safely isolate on your yacht in the Grenadines

There will be no worries about what might happen to old, vulnerable parents or losing income as a result of self- employment or a zero-hour contract, having enough to eat or being evicted home schooling, or child care.  Of course it’s possible that the symptoms may worsen and become life threatening but it’s highly unlikely that any will die alone, behind a closed door, frightened and struggling to breathe without family or friends close by.

The difference between ‘us’ and ‘them’ is glaring. We don’t need a discriminating virus to appreciate the myriad ways the current crisis has brutally exposed the inequalities of our economic and social system . A recent online teach-in hosted by Haymarket Books entitled “How to Beat Coronavirus Capitalism “and featuring   Naomi Klein, Astra Taylor and Keenaga -Yamahtta  attracted over 14.000 people from across the globe and framed the global challenge:

“We will either be catapulted backward to an even more brutal winner-takes -all system – or this will be a wakeup call. Ideas that were dismissed as too radical just a week ago are starting to seem like the only reasonable path to get out of this crisis and prevent future ones.

We need to use every tool that we have that allows us to hear each other’s voices, to read each other’s words, to see each other’s faces, even if it’s just on screens, to stay organised and stay connected. We have to create spaces where we’re able to deliberate and strategize about what it means to protect our neighbours, our rights and our planet.

We also have to have the confidence to say this is the moment when we change everything”.

Currently the world is in crisis mode. Uncertainty and fear reigns and confidence is as scarce a commodity as toilet paper. Despite this communities across the world have come together to support each other and especially the most vulnerable, The NHS Volunteers scheme has attracted nearly 750k and thousands more retired doctors and nurses are returning to  the front line to lend their expertise. Window displays of rainbows drawn by soft, guiltless, little hands can be seen in many streets and hundreds of thousands of people  turn  out  to clap and cheer   exploited and exhausted NHS staff . These displays of solidarity are undeniably heart-warming but as many on social media and elsewhere have commented it’s not going to be nearly enough.

There will be a push by those in power to regain the status quo once this crisis has abated. For example,  the Chancellor Rishi Sunak’s  recent pledge to ensure that the self -employed will be able to claim 80% of their average monthly income has been offset by repeated reference to the inconsistency between the taxes paid by employed and self -employed and this will likely lead to future , possibly punitive changes in  the tax system. Trump wants the ‘Chinese’ virus to fuck off back to China and  Americans to get back to work  yesterday and  the UK government will also be keen  for us to go back to a time before  doctors and nurses were knocking up their own PPE out of plastic garbage bags and trips to SCREWFIX for facial masks. We can be pretty sure that   NHS Nightingale will revert back to its  previous incarnation as a site which typically hosts conferences or spectacles although it’s hard to imagine a greater, more distressing spectacle than 4.000 patients struggling to breathe.

And this is where plants come in. I’ve often used plants as metaphors with patients when describing  the importance of context, adaptability and flexibility and in   “Thinking Like A Plant” , Craig Holdrege  argues that if we genuinely wish to address the present day unsustainable relation to our planet there is   no better model for sustainable human thinking than the plant.

“A plant growing through a crack in the sidewalk is embedded in a world of relations. Its roots grow downward toward the centre of the earth. They explore and transform the soil while drinking up water and a fine array of minerals. The shoot and leaves grow in the opposite direction -upward into the air and light. The leaves open themselves to these elements and take them in. The plant brings the stream of water and minerals from the soil together with the air and light, and in its unassuming way does something miraculous – it creates its own living substance.

Even though, as a creature of place, the plant is not mobile in the sense than an animal is, it is dynamic, connected, resilient and in its everchanging life, always in relation to the world into which it grows. Why can’t we be like that?”.

And then he goes on to say this.

“How might the world look if we as human beings were able to think the way a plant grows?

Imagine gaining such flexibility of thought that pour ideas were no longer rigid, static, and object like, but grew, transformed, and, when necessary, died away”.

Seems to me that the peoples of the world have demonstrated that they are far more capable than our leaders of adapting to adverse conditions . Let’s face it, many of us  to varying degrees are used to it. The current tragedy being played out in the US particularly  is a striking example of what happens when  a leader seemingly incapable  of flexibility  is  both unprepared and ill equipped to adapt to changed circumstances. It falls to the people to transform , take  control and fill in the gaps themselves.

Holdrege has a proposal, “And as with plant form, what if our actions grew out of a context-sensitive relation to the world we inhabit -isn’t that a revolution worth striving for?”.

Damn right and one that desperately needs  to happen sooner rather than later.

Our planet and our lives depend on it.

Acknowledgement to Victoria Field for inspiring this piece. http://thepoetrypractice.co.uk/