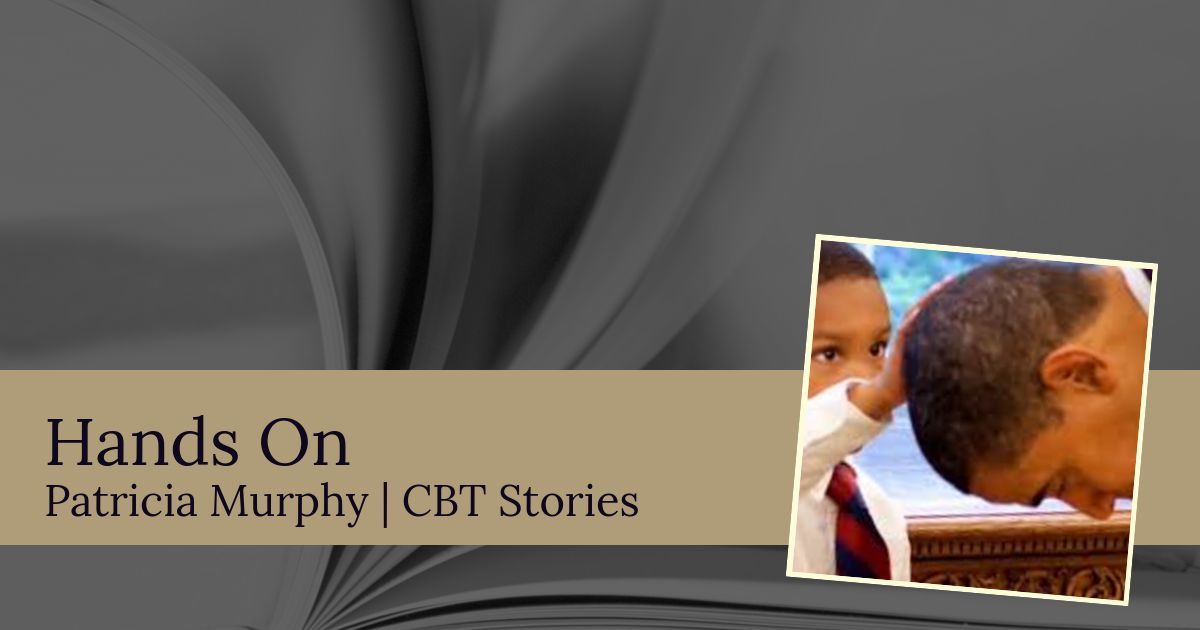 There was an interesting article in the Guardian newspaper recently which commented on the fact that strokes and hugs appeared to have been edged out of our lives, with doctors, teachers and colleagues increasingly hesitant about social touching. The question was asked,“Is this hypervigilance of boundaries beginning to harm our mental health?”

It is after all so easy to get it wrong . Observe US President Donald Trump. Here is someone who is clearly never going to get the hang of it , believing that a standard way to greet a woman is to grab her vagina and that male world leaders with bigger hands than his ( i.e. all other male leaders) must be forcibly engaged in a game of arm wrestling . Touch is either deployed with a sense of entitlement or viewed as  competitive as evidenced by Trump shoving the leader of Montenegro out of the way so that he could take centre stage at a photo opportunity. He is also spectacularly bad at misreading the temperature in the room with his wife Melania who has on more than one occasion publicly brushed away attempts made by him to hold her hand. One can only feel SAD when considering the likely lack of strokes experienced by Trump in his formative years which have resulted in these pitiful, sometimes unlawful,  ham –fisted , power play attempts at human contact.

Then again, don’t look to mental health professionals for clear guidance on this issue. Ironically, those working in mental health are probably as hesitant and lacking in confidence as anyone else about who, how and when to touch. Working in mental health the use of touch is controversial and historically we don’t have a great record of using touch therapeutically. I don’t recall ever having been schooled in the use of therapeutic touch. In fact as a trainee mental health nurse the only time I can recall touch being touched upon was with regard to restraining techniques.   Compare this with general nursing and the contrast couldn’t be starker. It simply wouldn’t be possible to perform effectively as a general nurse without physically touching patients. Whether that be artfully removing stitches, dressing wounds, removing chest drains, providing pressure area care or a straightforward   bed bath a skilled, gentle and reassuring touch has the power to both soothe and heal.

However, when used carelessly it can be demeaning. A recent story of a surgeon confusing a patients liver with an autograph book is a grim example of how wrong things can go.

For my own part I have a very tender memory of being flung around like a rag doll by an auxillary nurse determined to bathe me following the birth of my second child before her shift ended. Exhausted and subdued by inhaling many cylinders of gas and air I was incapable of resisting this assault but I’ve never forgotten the sense of powerlessness and humiliation.

In psychotherapeutic practice the legitimate legal and ethical issues that need to be considered together with a lack of consensus about   what might be considered the appropriate use of touch makes the issue a minefield and some therapists may wonder if touch, aside from a perfunctory handshake is necessary at all. It has been suggested that as a conventional therapy modality Cognitive Behaviour Therapy ( CBT) would likely steer clear of touch, “ as healing is considered to occur through cognitions: thoughts, observations and verbal affirmations” and of course the flourishing digital therapy industry saves therapists the trouble of ever having to consider it as the option is removed altogether.

It’s difficult for me to view the elimination of touch in our work as CBT therapists as anything other than a profound loss. It is after all accepted that touch is vital to the way our brains develop and is a key regulator not least because it stimulates the opiates and the soothing system without which infants fail to thrive. Paul Gilberts seminal work, ‘The Compassionate Mind’ explores the symbiosis between kindness and touch and observes how kindness from others is often referred to as touch, e.g. “I was touched by your concern/thoughtfulness”. He laments the prohibition on teachers to touch or hold stressed children for fear of accusations of paedophilia and wonders whether the rise in stress experienced by young children in nursery care is linked to the lack of physical affection.

Of course our need for physical contact does not end once we reach adulthood and as Gilbert points out , “There is now considerable evidence, from both animal and human research , that appropriate touching , stroking, cuddling and hugging have important influences on our brains, can deepen relationships and offer feelings of safeness and can help reconciliation”.

Figuring out the best ways to use touch therapeutically is something all of us working in mental health need to reconsider. As a touch deprived nation it is important to be reminded of the emotional and physiological benefits of our oldest sense.  Professor of Psychology at the University of California Berkely, Dacher Keltner captures this beautifully when describing a physical encounter with the Dalai Lama which he claimed allowed him to “live in a new realm” for several weeks afterwards and which led to further research into “touch as a window into an ancient communicative system”.

Understanding as we do the value of touch in communicating safety, acceptance and soothing necessitates that it is not avoided out of fear. Rather we need to heed Professor Keltner who reminds us that, “ Touch is a language. It’s an old one and let’s just get to be more sophisticated practitioners of this language.”

Finally, if you’re still not convinced about the affirmative influence and potency of touch check out this video of a 5 year old boy called Jacob visiting Barack Obama in The White House with his family.

When the pictures were taken and the family was about to leave Jacob had a question for the President. He wanted to know whether their hair felt the same. Obama lowered his head, level with Jacob and replied, “Why don’t you touch it and see for yourself? Touch it, dude!”. Jacob reached out his hand.

“Yes, it does feel the same,” said little Jacob.